Testing mechanical and tribological properties at the correct length scale provides more relevant data e.g. for optimising coating composition for improved performance in demanding applications such as cutting tools or in mechanical contact in aero/auto engines. Although popular for their simplicity, many macro-scale mechanical contact tests are less sensitive to the properties of thin CVD and PVD coatings as the large probe radius and very high contact forces in the test result in peak stresses far into the substrate. Conversely, nano-scratch tests using much lower loads and smaller probe radii may position peak stresses too close to the surface for coatings that are several microns thick. Additionally, high surface roughness can limit the life of small-radius scratch probes.

By performing micro-scratch tests, larger loads and blunter probe geometries when compared to nano-scratch testing enable the peak stresses to be positioned closer to the interface of micron-scale CVD and PVD coatings so that the full coating-substrate system behaviour can be evaluated. 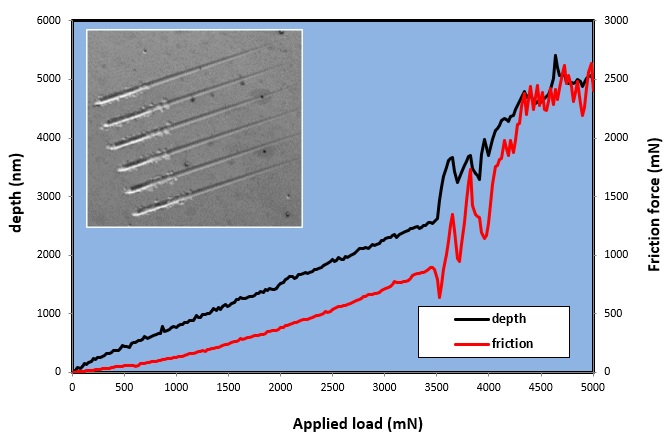 In the example below 1 N repetitive wear tests are performed on monolayer AlTiN and AlCrN tool coatings on cemented carbide. The 1 N wear load enables the peak stresses to be positioned at the interface between the coating and substrate, increasing the sensitivity to differences in adhesion. In a ramped load micro-scratch test the AlCrN coating has a higher critical load (5.7 N) than AlTiN (4.5 N) and it is initially more scratch resistant at 1 N. However, due to weaker adhesion the AlCrN fails rapidly over a few cycles whilst the AlTiN shows a more gradual wear. 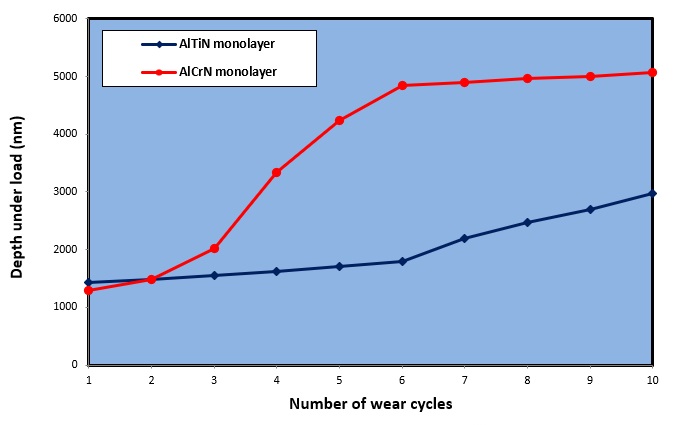 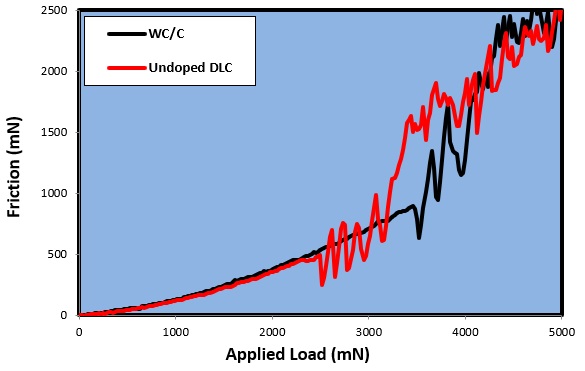 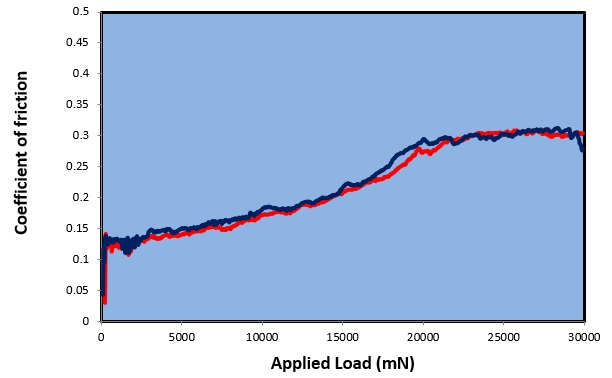 Two repeat scratch tests up to 30 N on WC-Co with a 100 µm radius probe. Excellent reproducibility for the coefficient of friction. Its variation with load is due to changing ploughing contribution as the probe scratches deeper and moves from spherical to conical-dominated geometry