Find out more with our Nuclear Materials applications note

Have you considered the effect of operating temperatures and high strain rate impacts on your materials?

The NanoTest Xtreme offers many benefits for characterising the next generation of reactor materials:

The load-partial unload technique enables characterisation of mechanical properties at a single location on a surface as a function of depth. On irradiated samples it quickly clearly reveals any changes in properties in the thin irradiated layer compared to unimplanted material. The data shows an irradiation effect below 400 nm which is not present in deeper indentations.

Nanoscale creep testing allows rapid assessment of the creep behaviour of small volumes of material. This allows testing of small samples of in service components as well as examination of the properties across welded sections.

Figure 2 shows nanoindentation creep data from experiments on oxide dispersion strengthened steel. The data shows clear differences in the creep rates of irradiated and non-irradiated alloy both at room temperature and 300 ?C. 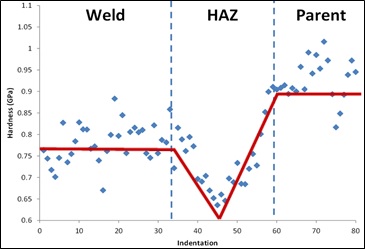 Figure 3 – Change in nanoindentation hardness across a P92 matched weld at 675 C. Data courtesy of MI Davies and NM Everitt, University of Nottingham.

Figure 3 shows the change in hardness across a simulated weld repair at 675 ?C. A line of indentations was made through the fusion line from the bulk weld to the bulk parent material.This experiment highlights the clear change in hardness as the indentations are placed in the different microstructures of the heat affected zone of the parent material.

Strain rate sensitivity measurements beyond the range of conventional nanoindentation 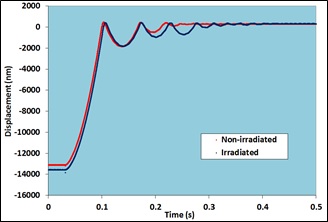 Figure 4 – The effect of irradiation on the energy damping behaviour of a structural steel.

Micro Materials’ patented nano-impact technique allows material properties to be explored at strain rates of up to 1000 per second.

This allows examination of the strain rate sensitivity and energy damping behaviour of materials at much higher energy densities than conventional nanoindentation.

Figure 4 shows the effect of surface modification with 350 KeV Argon ions on ferritic steel. The implantation modifies the energy damping behaviour of the steel as shown by the slower decay of the displacement curve observed for the irradiated sample. This could impact the working lifetime of the steel component.0

The NanoTest Xtreme offers a wide variety of advantages to researchers trying to develop the next generation of materials for Nuclear Energy applications: